Dave & Buster’s, one of the nation’s largest restaurant and arcade chains, decided to open it’s first store in the Pacific Northwest in Boise, Idaho. While Dave & Buster’s uses a national media buying company for large-scale TV and newspaper buys, they like to hire a local public relations agency to take care of building buzz and getting people to the grand opening event. The client’s goal was at least 800 people in attendance at the opening event.

Red Sky secured coverage in nine Boise media outlets covering Dave & Buster’s, both before and after the event.

Ticket sales went through the roof during the last week before the event; after selling the original 400 we bumped the sold tickets up to 550, which were all gone a few days before the grand opening.

The initial goal of 800 attendees at the event was blown out of the water; Dave & Buster’s saw over 1,100 people through its doors opening night! 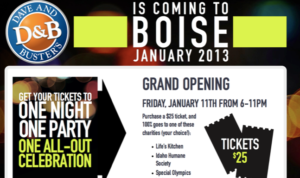 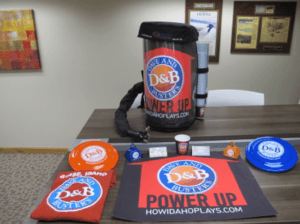 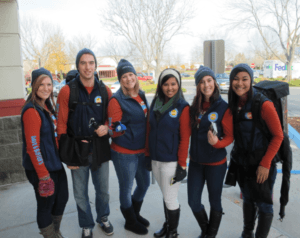